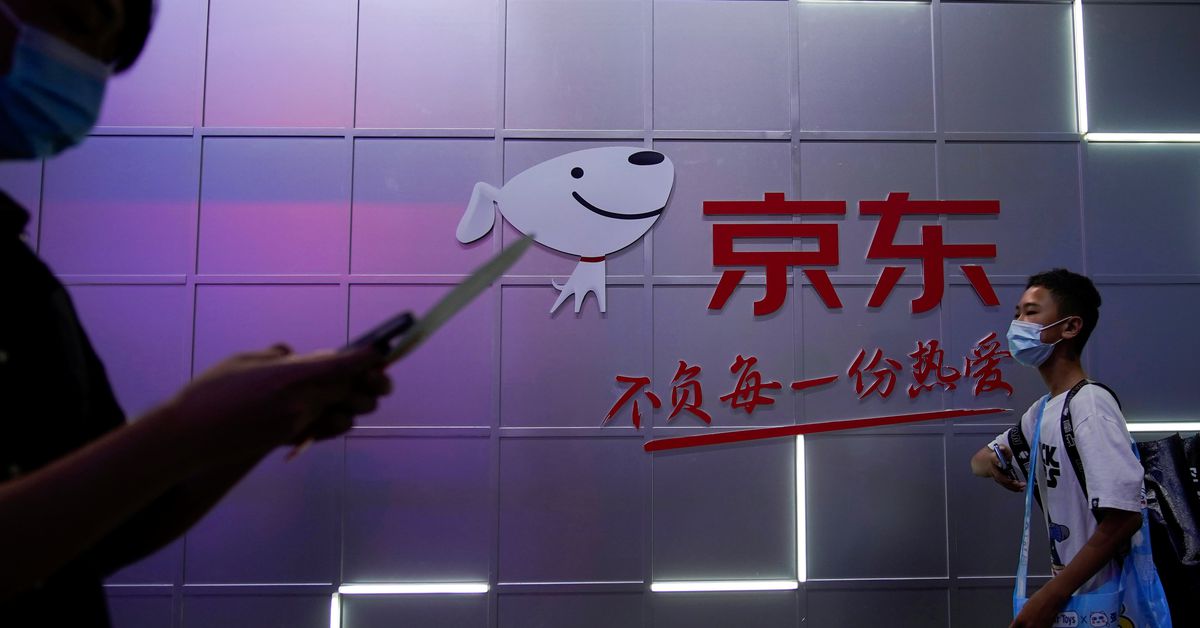 SHANGHAI, Aug.23 (Reuters) – Chinese e-commerce giant JD.com Inc told investors on Monday that it expected no business impact from a wave of regulations hitting Chinese industry, after exceeding analysts’ expectations for the quarter through June.

The company’s good results come amid a crackdown on the tech industry by Chinese authorities that has led to upheaval in industries such as e-commerce, ridesharing and cryptocurrency. Read more

Since last year, regulators have announced new policies to improve privacy, data security and market competition and have penalized companies that broke the rules.

“Without a doubt, we believe that the recent introduction of regulatory policies on the Internet industry is a good thing for the healthy and long-term development of industries,” said Xu Lei, general manager of JD Retail, the company’s main e-commerce division, on a earnings call.

Xu added that the company has completed a self-examination and rectification exercise and did not anticipate any major business impact due to the regulations.

Despite the ongoing regulatory tightening, the company added a record 32 million users during the quarter and saw growth in its logistics and marketplace divisions.

“The main surprise … came from its strong user growth,” said John Choi, analyst at Daiwa Capital Markets. “Despite probably weaker growth in the e-commerce industry in 2H21, we are becoming increasingly positive about JD relative to its peers due to its cautious strategy in terms of operations and spending on the ‘current regulatory environment and its growing scale (rapidly changing consumer goods) and online grocery shopping. “

As part of China’s regulatory crackdown on tech and digital giants, it notably imposed a record fine of around $ 2.5 billion on JD.com’s rival Alibaba in April for anti-competitive behavior . Alibaba then missed its revenue estimates for this quarter.

In April, the Shanghai China Stock Exchange ended a planned IPO for JD Digits, JD’s fintech division, citing a request by the company to withdraw it. The withdrawal came after authorities abruptly blocked the listing of Alibaba’s financial subsidiary, Ant Group

During JD’s earnings call, executives said the company added new traders to its platform following authorities banning a practice known as “two choices one.” “, in which e-commerce sites ban merchants who register on rival platforms.

They added that the company is complying with a future data security law and pointed out that the drivers in its logistics division are employed full time and have social and commercial insurance.

Asked about the reported changes to the preferential tax policies for tech companies, executives said the company had not received any notice that those policies would be retracted, and added that it did not expect any impact in the event of a change. withdrawal because none of its subsidiaries have requested to become key software. business.

Excluding items, the company made a profit of 2.90 yuan per US depositary share (ADS), against 2.35 yuan expected by analysts.

JD.com’s net revenue increased about 26% to 253.8 billion yuan ($ 39.14 billion) in the second quarter ended June 30. Analysts were forecasting sales of 249.27 billion yuan, according to IBES data from Refinitiv.

Reporting by Akanksha Rana in Bengaluru and Josh Horwitz in Shanghai; Editing by Sriraj Kalluvila, Anil D’Silva and Bernadette Baum