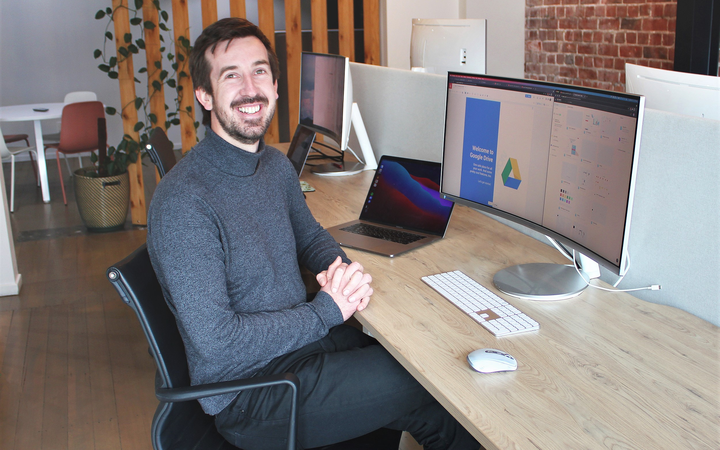 A Christchurch-based company has become the fastest growing PDF software company in the world.

Lumin PDF, founded in 2014, has 60 million users worldwide, of which 20 million people have signed up this year alone.

PDF, or Portable Document Format (developed by Adobe in the 1990s), is a file format for presenting a document in the exact way it is intended to be read, and one of the most widely used document formats.

Lumin said it saw 600% sales growth in 2021 and that customers include companies like Blockchain, Netflix, and Uber.

Founder and CEO Max Ferguson, 29, sees further growth, hopes to soon reach $ 10 million in sales and double his user base.

Lumin is also the world’s largest Google Cloud PDF software partner and easily integrates into the Google ecosystem, he said.

This meant that people who liked Google products like Gmail liked Lumin, he said.

“Lumin PDF’s philosophy is to make the software as simple as possible, easy to start and easy to use. I think there are now a lot of different PDF options in the market, but people are really resonating with this message,” said Ferguson.

“There has been a huge adoption and a lot of movement from more traditional software that is difficult to use, to Lumin which is easy to use.”

Ferguson, from the west coast, started Lumin after graduating in civil engineering from the University of Canterbury and then working in the reconstruction of Christchurch.

“I saw with my own eyes the large amount of documents that were used and signed manually, only in the construction sector.

“I thought there had to be a better way and that inspired my initial idea for Lumin.”

Ferguson said he was open to options to take the business further, to the point of impacting a large number of people.

“I think in order for us to generate the maximum value there will become a point where a merger, either acquiring us other companies or a merger with another company, or will allow us to bring more value to customers.”

Ferguson said the Lumin also decided to keep Christchurch as their primary base of operations.