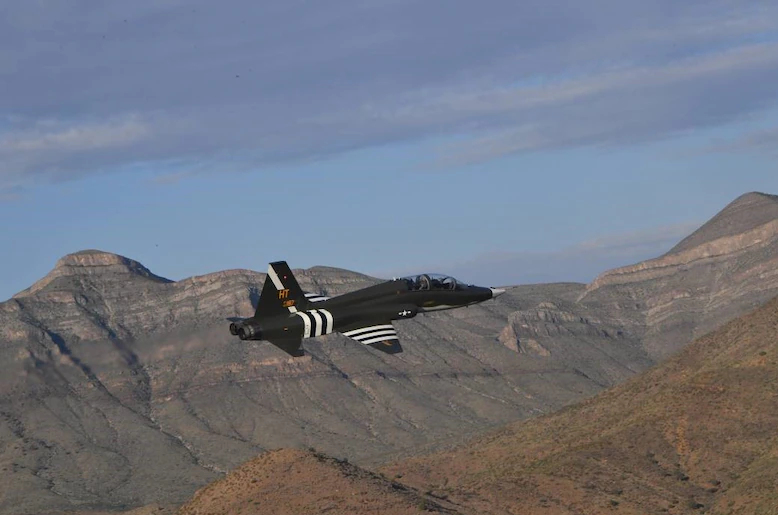 This summer, Jacob Moreno, senior at UTEP, spent his time interning at the 586th Flight Test Squadron, or FLTS.

In the spirit of innovation and accelerating change, Moreno has coded a program that automatically decrypts airspace data into a graphical format that crew members can view in flight on their iPad electronic flight bag. .

The 586th FLTS is a unit of the 704th Test Group at Holloman Air Force Base, NM

While the Arnold Engineering Development Complex, or AEDC, at Arnold Air Force Base, Tenn., Focuses on advancing air power through ground testing, the 704th Test Group is all about testing at open sky.

The desert base was chosen for flight missions because of its proximity to the White Sands Missile Range, the Department of Defense’s largest open-air testing ground. Every day, the range of over 16,000 square miles is divided and distributed among numerous programs performing research and development activities ranging from live missile launches and small arms training to air operations.

According to Major Ali Hamidani, a flight test engineer and pilot-in-command of the 586th Flight Test Squadron, a unit of the 704th TG, the process of deconfliction from flight missions is complicated and crews must pay particular attention to areas they can safely test on.

“Airspace assignments are represented on large spreadsheets with dozens of rows and columns, including data such as weather assignments, latitudes, longitudes and altitudes,” Hamidani said. “To make things even more difficult, these spreadsheets are updated, sometimes, up to 10 times a day. The safety of flight operations relies on the attention to detail by crews to decipher this data in an accurate and timely manner.

“The software program that Moreno designed and coded dramatically reduces the potential for error and mission planning time,” he said.

Hamidani, who helped guide Moreno through this development, added that it can sometimes take up to 30 minutes to decipher all the restrictions before even entering a pre-flight briefing that is scheduled two hours before takeoff.

“What is most impressive is that Moreno, a university intern, was able to use internal resources to find a solution,” he said. “The program takes Microsoft Excel data, converts it into a geographic markup language file, which can then be imported into the Foreflight app on an iPad. It’s a huge time saver, which means we can spend more time planning other important aspects of missions.

Lt. Col. Alex Wolfard, commander of the 586th FLTS, also applauded Moreno’s ingenuity.
“This whole system, from concept to operational implementation, was created by a freshman summer hire,” he said. “We are really impressed with Moreno. “

The software tool has been so successful that the plan is to share the capacity among all the flying units at Holloman AFB.